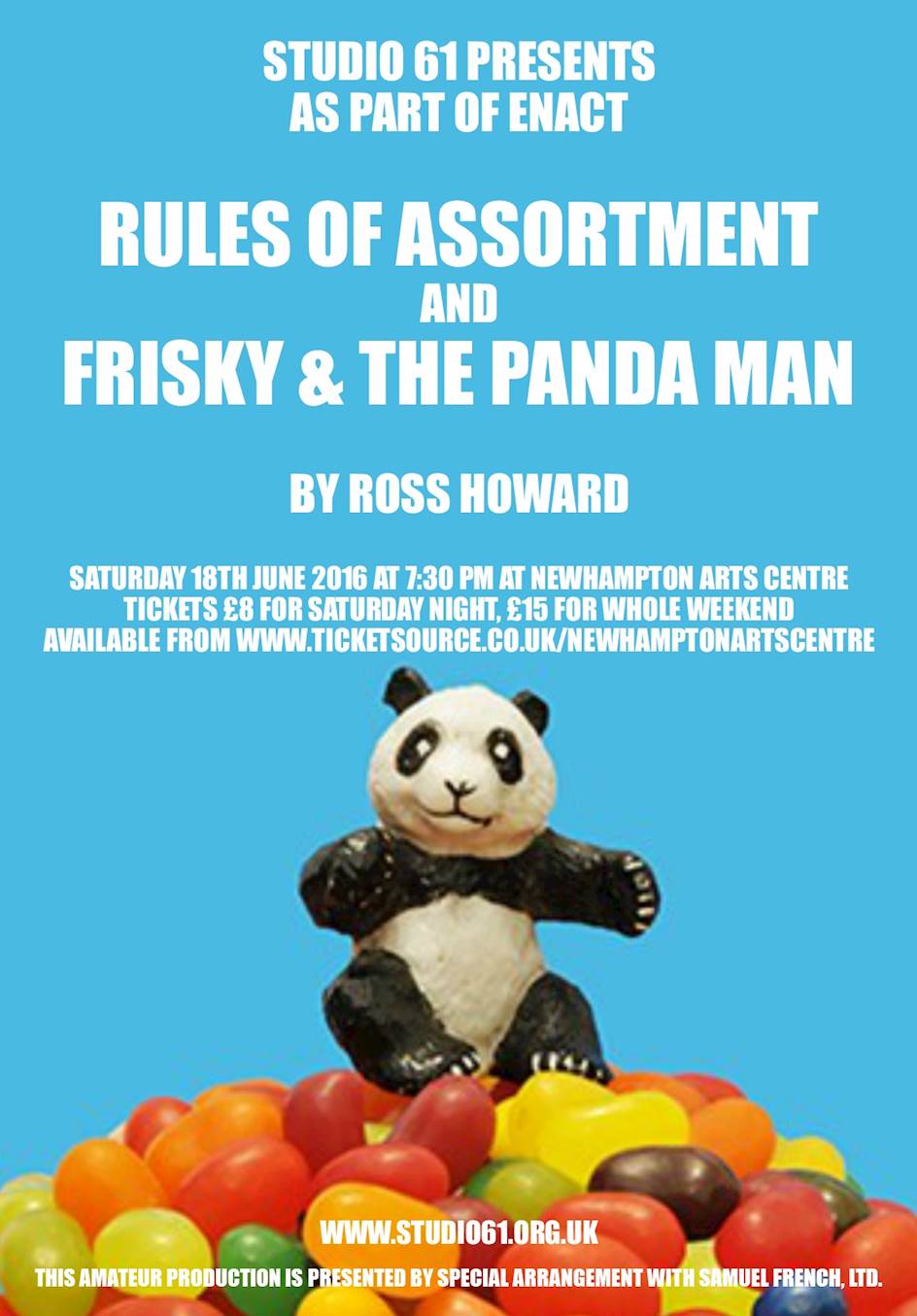 Rules of Assortment and Frisky & the Panda Man

Mike's job at the Royal Providential Co-operative Bank looks to be on precarious ground until he advises his boss to rethink the allocation of jelly beans to each department.

Animal conservationist Dr. Ogden has spent most of his life pandering to pandas. But lately they've been dropping like flies and now there's just one panda left. Her name is Frisky and really she's been nothing of the sort...