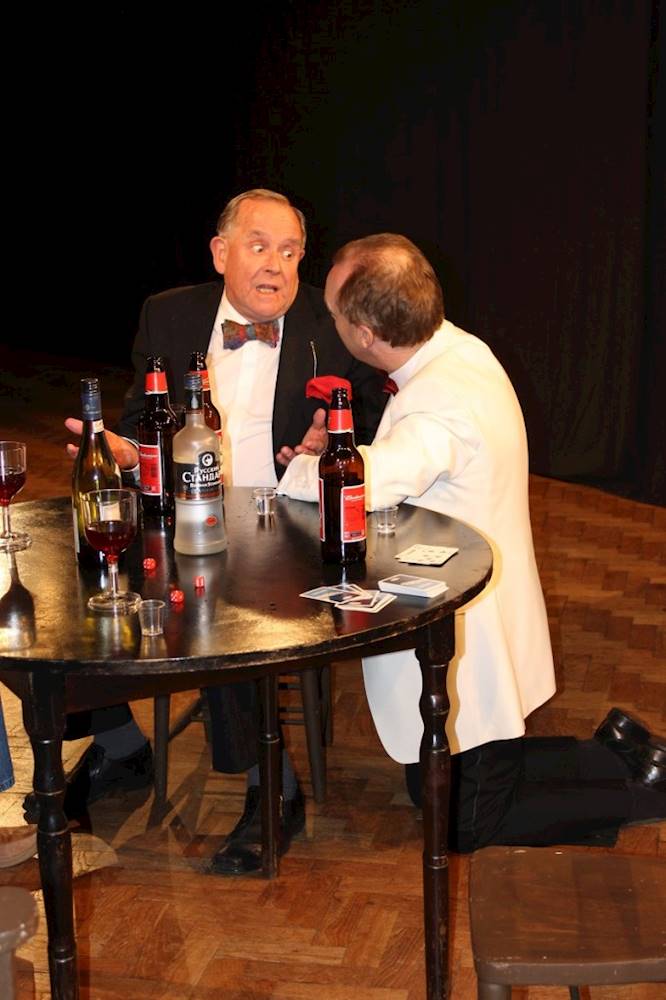 We are very sad to have to tell you of the death of Mike Davenport, one of our most respected and well-liked members.

Mike has been involved in drama in the area all his life, first as a stalwart of the prestigious Midland Players and then, on his return to Wolverhampton following a move to Tunbridge Wells, as a member of the Company of Actors and Studio 61, his first appearance with us being in A Christmas Carol in 2001. His favourite role was Hilary in Alan Bennett’s The Old Country in 2002 and his last appearance for us before moving to be closer to his family was in another Alan Bennett play, Habeas Corpus, in 2016, when he did rather steal the show in a small but superbly comic appearance! He had a remarkable intellect and knowledge, being a prominent member of the Wolverhampton Shakespeare Society, and was hugely supportive of directors and actors alike, always being the first to praise and encourage a good performance and attending and contributing to rehearsals of plays with which he was not directly involved. Both he and his wife, Jean, will be long remembered for their ever-present smiles and good humour and their generosity to the society in all forms. To say that he will be sorely missed sounds such a cliché, but he really will.